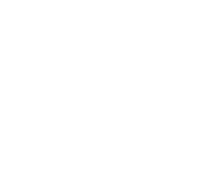 I'm planning to be in Japan for the first time from 11/5-11/12 and I need some help. I'm flying in and out of Haneda and staying at a place near Ikebukuro Station. I'm mostly planning to stay in the Tokyo area, a day or so in Yokohama and Hakone.

From my last post, asking around, and looking more into it, a JR Rail Pass most likely isn't worth it. It seems like the cheapest route is to get a few of the Tokyo Subway Tickets, a 2-day Hakone Free Pass (not sure if from Shinjuku station or purchased inside the free area is better, not sure what's the free area), and just pay the cost to get to Yokohama. Would this be the best way to go?

I tried looking for this information, but can't seem to find a definitive answer. For the Tokyo Subway Tickets, I see that I can get them at Haneda airport, would I be able to buy multiple of them? Also a little worried about the expiry date on the back of the ticket. I'm assuming that it should last for the week? Would someone be able to confirm that?

Also, would someone be able to help me find the best way to get from Haneda Airport to Ikebukuro Station and back? I'm not too worried about getting to Ikebukuro Station when I land since it'll be mid afternoon, but I'm more worried about getting back. The flight leaves at 5:50 in the morning on the 12th. I found that there was an Airport Limousine that leaves Ikebukuro Station east exit No.1 at 03:35 and should get to Haneda by 04:25, that's assuming that there are no delays. Would that be the best way to get to Haneda Airport? I'm worried about possible delays or anything else like that. Don't mind taking a taxi or something if that would be the safer route.